The Macedon Ranges is at the tail end of the Great Dividing Ranges, which stretches through eastern Victoria, New South Wales and into Queensland. It is blessed with a variety of natural features, including gentle hills, winding rivers and simmering creeks, all guarded by towering trees that experience the full effects of the four seasons. 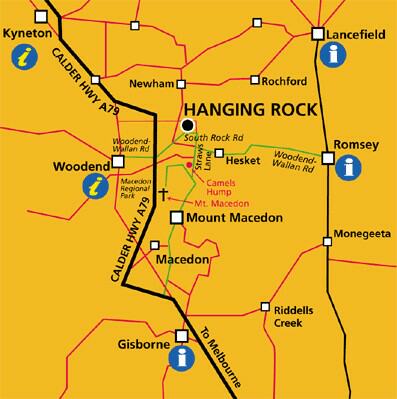 The best known of the natural features in the region are the Hanging Rock and Mt Macedon. Hanging Rock was made famous by the Joan Lindsay book, “Picnic At Hanging Rock” which tells the account of the mysterious disappearance of a group of schoolgirls at the Rock at the turn of the century. It was later turned into a classic Australian film by acclaimed director, Peter Weir.

Mt Macedon is the highlight of the Macedon Ranges, which gives its name to the local shire and the general region. The shire covers an area of 1,747 square km and include towns such as Clarkefield, Gisborne, Kyneton, Lancefield, Macedon, Malmsbury, Mount Macedon, New Gisborne, Riddells Creek, Romsey and Woodend. 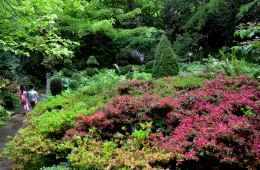 Forest Glade is one of Australia’s finest private gardens, and has existed for... 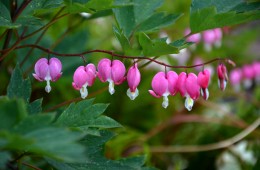 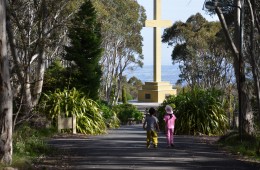 Mount Macedon is both a town and a 1,013-metre peak at the end of the Great Dividing...