The Geelong metropolitan area is the second most populated area in Victoria. Located 75 km southwest of Melbourne, the port city is situated around Corio Bay and the Barwon River. The metropolitan area runs from the plains of Lara in the north to the rolling hills of Waurn Ponds to the south, with the bay to the east and hills to the west, an area with an estimated population of 160,891 people. It is the administrative centre for the City of Greater Geelong municipality which covers the urban and surrounding areas and is home to over 181,000 people. An inhabitant of Geelong has been known as a Geelongite, or a Pivotonian, in the past.

Geelong was named in 1827, with the name derived from the local Wathaurong Aboriginal name for the region, Jillong, thought to mean “land” or “cliffs”. The area was first surveyed in 1838, three weeks after Melbourne. The Post Office was open by June 1840 (the second to open in the Port Phillip District). The first woolstore was erected in this period and it became the port for the wool industry of the Western District. During the gold rush, Geelong experienced a brief boom as the main port to the rich goldfields of the Ballarat district. The city then diversified into manufacturing and during the 1860s it became one of the largest manufacturing centres in Australia with its wool mills, ropeworks, and paper mills.

It was proclaimed a city in 1910, with industrial growth from this time until the 1960s establishing the city as a manufacturing centre for the state, and saw the population grow to over 100,000 by the mid-1960s. Population increases over the last decade were due to growth in service industries, as the manufacturing sector has declined. Redevelopment of the inner city has occurred since the 1990s.

The Bellarine Peninsula is a peninsula located south-west of Melbourne in Victoria, Australia, surrounded by Port Phillip, Corio Bay and Bass Strait. The peninsula, together with the Mornington Peninsula separates Port Phillip from Bass Strait. The peninsula itself was originally occupied by Indigenous Australian clans of the Wathaurong nation, prior to European settlement in the early 19th century. 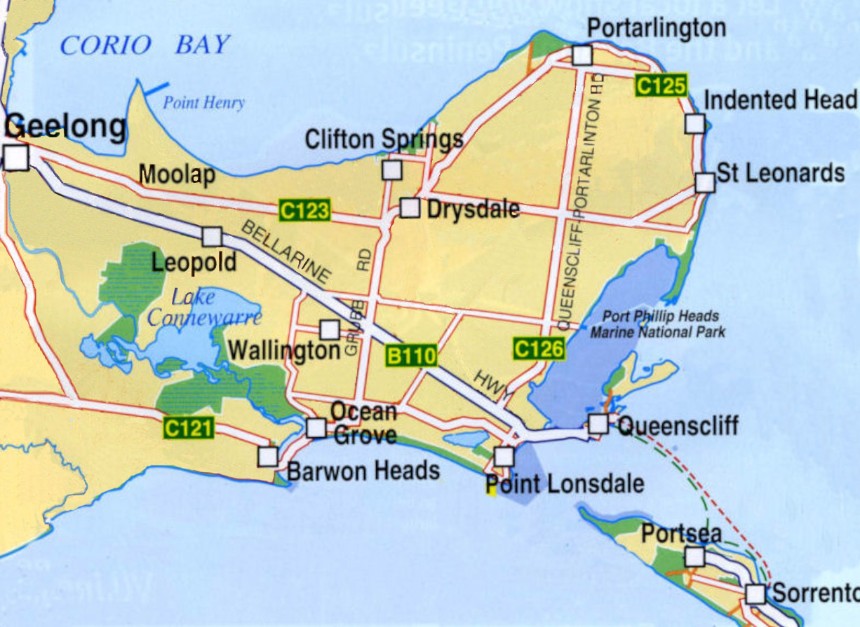 Early European settlements were initially centred on wheat and grain agriculture, before the area became a popular tourist destination with most visitors arriving by paddle steamer on Port Phillip in the late 19th century.

The page you requested could not be found. Try refining your search, or use the navigation above to locate the post.