Evans Lookout, located at the top of the escarpment at the end of Evans Lookout Road (GPS 33.647019°S 150.326796°E), provides an alternative vantage point for views of the Grose Valley. It is named after George Evans who discovered the lookout and the entry to the Grose Valley in 1882. There is a memorial erected to him at the site. 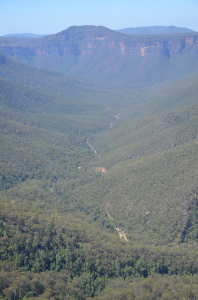 The Grose River and its tributaries have eroded an extensive labyrinth of gorges and canyons through the Hawkesbury and Narrabeen group sandstones, exposing cliffs 200-510 metres high.

A number of tracks in and out of the Gorge begins from the Evans Lookout. This includes the Cliff Top Track to Govetts Leap, the Braeside Walk, the track to the Blue Gum Forest and the Grand Canyon Track. 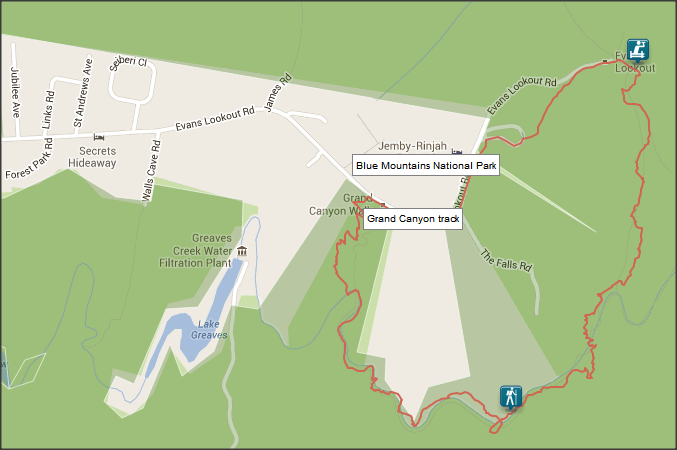 Constructed over 100 years ago, the Grand Canyon Track was the first track to be built into a Blue Mountains canyon and was opened with great celebration in 1907. The terrain was so difficult that the route was at first thought to be impossible. The final construction was a remarkable achievement and involved over 1200 steps, stairs and stepping stones, built to lead visitors through the canyon. Being recognised as historically important, the track was included on the NSW State Heritage Register. Much of the walk is through areas shaded by impressive sandstone walls and rock overhangs and through vibrant rainforest areas with waterfalls, creeks, ferns, golden wattles and stunning native vegetation.